The black flounder has only been recorded in the lower reaches of the Styx River, downstream of Marshland Road. It is possible however, that they migrate further upstream from this point. 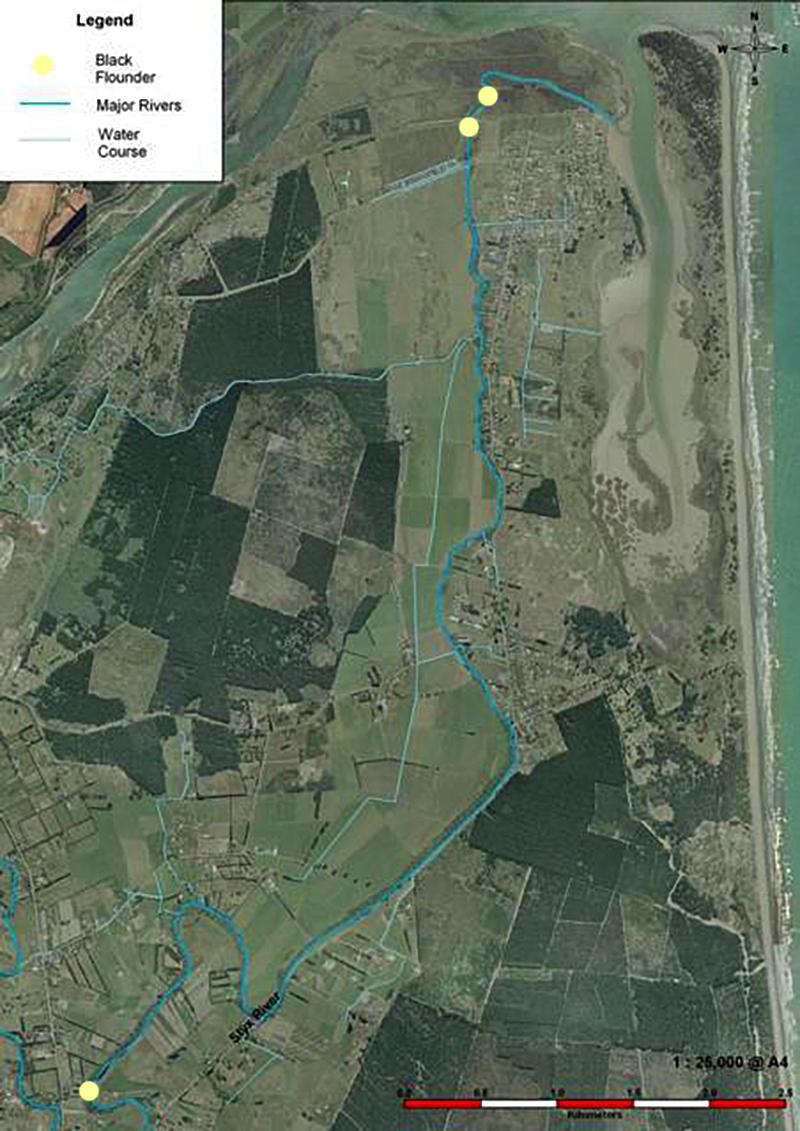 Black flounder is caught at sea as part of the commercial flat fish catch.  The recreational inshore fishery is minor compared to the commercial eel fishery, with only approximate estimates available. In 1985, the national black flounder catch was 158 tonnes (McDowall 1990).  Relatively large fisheries exist in Lake Ellesmere and inlets around Banks Peninsula.

Little is known about the biology of the black flounder. The adults are highly fecund, and can shed  thousands of eggs into the lower reaches of rivers where they probably drift and hatch in the open sea (McDowall 1990).

Based on monthly netting studies in the Waimakariri Estuary, young flounder enter the estuary in spring (October) when they are about the size of a small fingernail (Eldon & Kelly 1985). Based on length-frequency plots, the young flounder then spend some time in the Waimakariri Estuary and grow at about 1 cm a month from October through to February. The juveniles are sometimes caught in large numbers by whitebaiters near the Waimakariri River mouth.   After spending the summer in the estuary, fish migrate upstream where they are capable of negotiating rapids and riffles if necessary.

Black flounder are voracious predators, which is somewhat surprising for an essentially benthic species. They feed on invertebrates, but will also predate on whitebait and other small fish.The largest black flounder can grow to 450 mm, but are usually between 200mm and 250mm long.