National Distribution Well-distributed throughout New Zealand, except for Northland.

Brown trout are common in the Styx River and Smacks Creek and known to spawn in both of these waterways. They also occur  in the lower Kaputone Creek but do not spawn in this tributary. 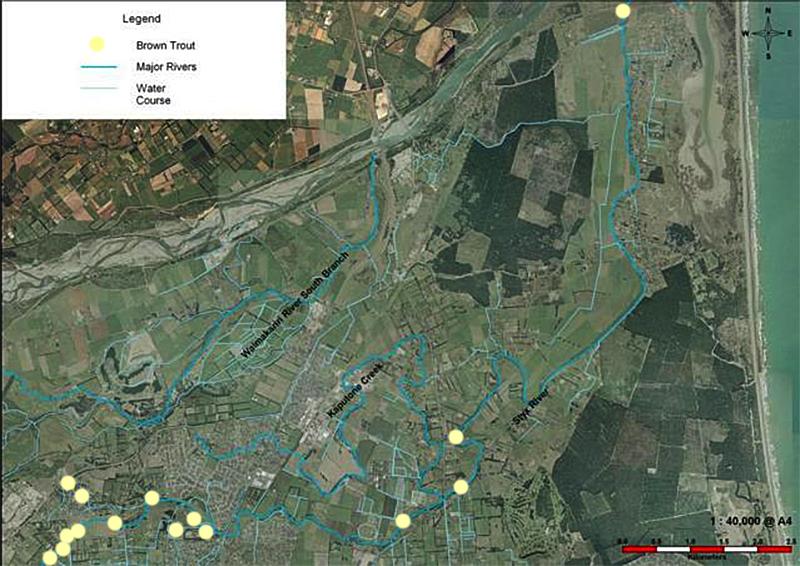 Brown trout fry were introduced into the Styx River in about 1868. Originally, the ova (eggs) were shipped from Tasmania, reared in a hatchery constructed in Hagley Park, before being released into the Styx River.  The lower river has supported a recreational trout fishery for many years.

Brown trout spawn from May through to September by depositing their eggs amongst gravels in the fast flowing waters. Each female trout (or hen fish) deposits her eggs in a series of small excavations (called pockets) in the gravels. After fertilisation by an attendant male fish (or jack), the eggs are buried by stones dislodged immediately upstream (McDowall 1990). The distinctive gravel formation containing trout eggs is called a redd. 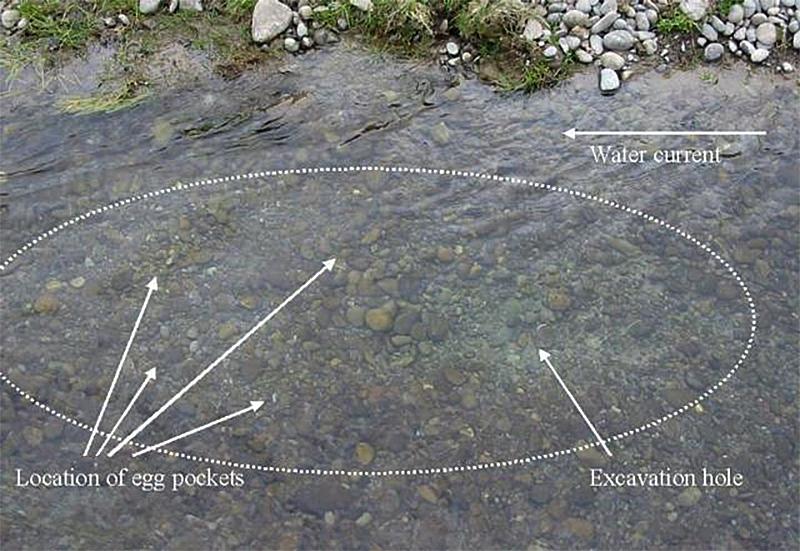 Trout spawn in four main areas on the Styx River and in a boxed drain near Styx Mill Road.

Historically, trout spawning extended further downstream from Main North Road, and over a greater length of Smacks Creek. Since 2000, there has been a rapid increase in urbanisation within the catchment. Residential development of the formerly rural middle and upper catchment has accelerated to the point that the impacts of some residential developments (ie stormwater discharges, changes in water flow regimes, sedimentation) may have impacted on stretches of waterway that would have historically been used for trout spawning. Changes to the management of the pasture areas since 2000 (fencing, stock removal) at Styx Mill Conservation Reserve has however, seen an improvement in trout spawning along this stretch of waterway. This is illustrated in the last trout redd survey undertaken during the winter of  2005. It indicates an increase in trout redd numbers since the 2000 winter, and a wider distribution.

In 2000, preliminary water quality samples from the trout redd suggested dissolved oxygen levels may also be too low for good eggs survival. Further information is being obtained to see if that is still the case.