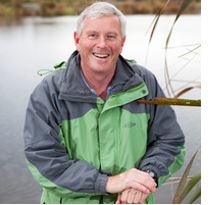 Jon has been a freshwater scientist for over 30 years, having undertaken research in New Zealand, USA, Singapore, Tonga and Nigeria. He has published seven books and over 150 scientific papers and reports. In both Singapore and Nigeria he helped produced the first keys to identifying freshwater invertebrates in those countries. Jon has focussed most of his research on the impacts of human activities on streams and rivers. He knows enough about lakes and wetlands to be dangerous! He has worked extensively on urban, agricultural and mining impacted systems. Jon has two doctorates (a PhD and a DSc) and he is a Professor Emeritus of the University of Canterbury. You can follow Jon on Twitter (jonharding333).

There are a number of reasons for collecting information about the Styx River and its tributaries. These include:

This is why the Invertebrate Monitoring Programme was very active up until the Christchurch Earthquakes (See Invertebrates for a list of the research done in this area pre-quakes). Since then, the programme has ceased to operate, until just recently when Dr. Jon Harding from University of Canterbury stepped in to get things up and running again!