Widespread in the lower and middle reaches of the Styx River and Kaputone Creek and also extending into the Marshland Drain network. It is unlikely that this species is present in Smacks Creek. Within the instream habitat, they can be found amongst aquatic plants growing along the banks of the river, under stones and logs, and close to the river bottom where they feed on invertebrates. 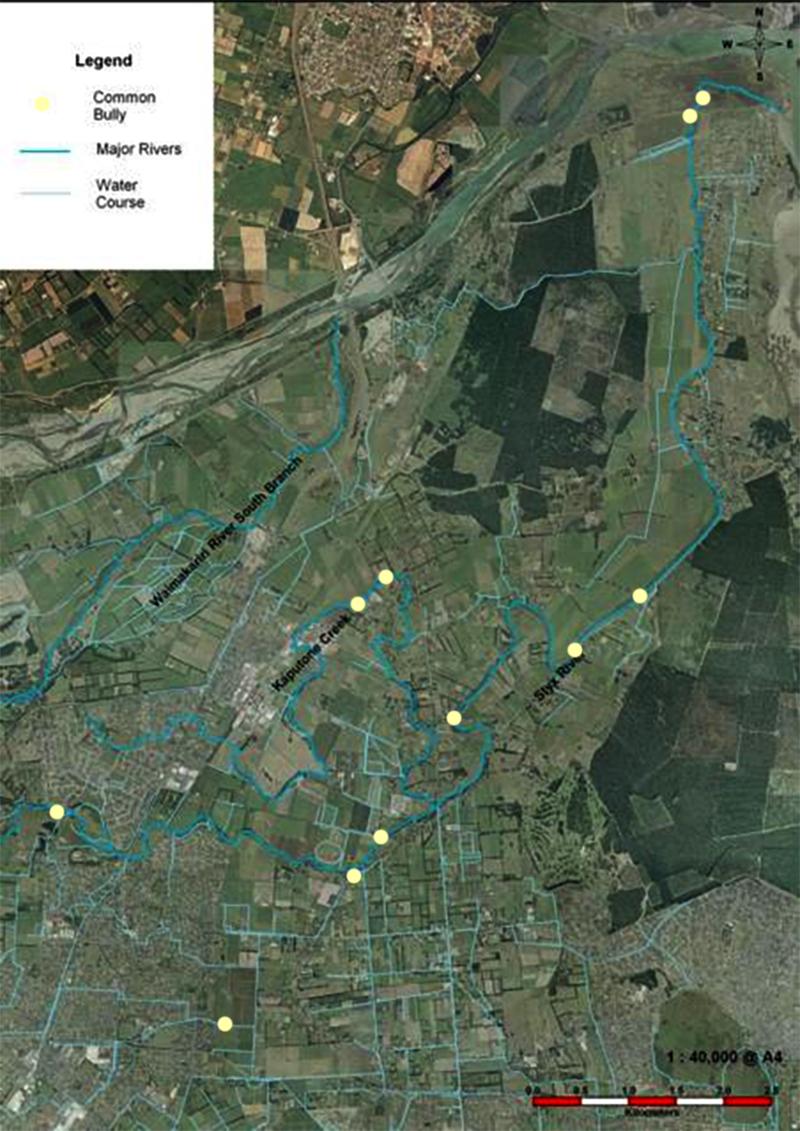 The common bully is common  in New Zealand’s lowland waterways. It forms both land-locked populations, and ones that migrate to sea. Recent research into other South Island waterways has indicated that a certain proportion of common bully populations may not have a marine phase, and are reared in lowland waters where suitable habitat is available (Closs et al. 2003). This could also be the situation for Styx River populations.

Common bullies are thought to spawn twice a season (McDowall 1990) with the hatched planktonic larvae going to sea for a short time in the spring, before migrating back into freshwater during late summer. Netting at the Waimakariri River mouth showed that juvenile common bullies enter the mouth in February (Eldon & Kelly 1985), and probably enter the Styx River a short time afterwards. The juvenile fish come in from the sea when they are approximately 15 mm long.

A common bully, 123 mm in length, was caught by staff from the the Department of Conservation in 2007 (NZFFDB 2008). Although this is the largest one that has been recorded in the styx catchment, they do grow larger than this. The largest recorded nationwide is 158 mm long (McDowall 2000).