Indigenous (native) fish, endemic to New Zealand. Widespread in slow-flowing lowland streams, especially near the coast. There is no commercial value or fishery.

Giant bullies are found in the lower to middle reaches of the Styx River. There are four records of this species recorded downstream of  Main North Road, however this reach is fished very infrequently, consequently this fish species may be more common than indicated. 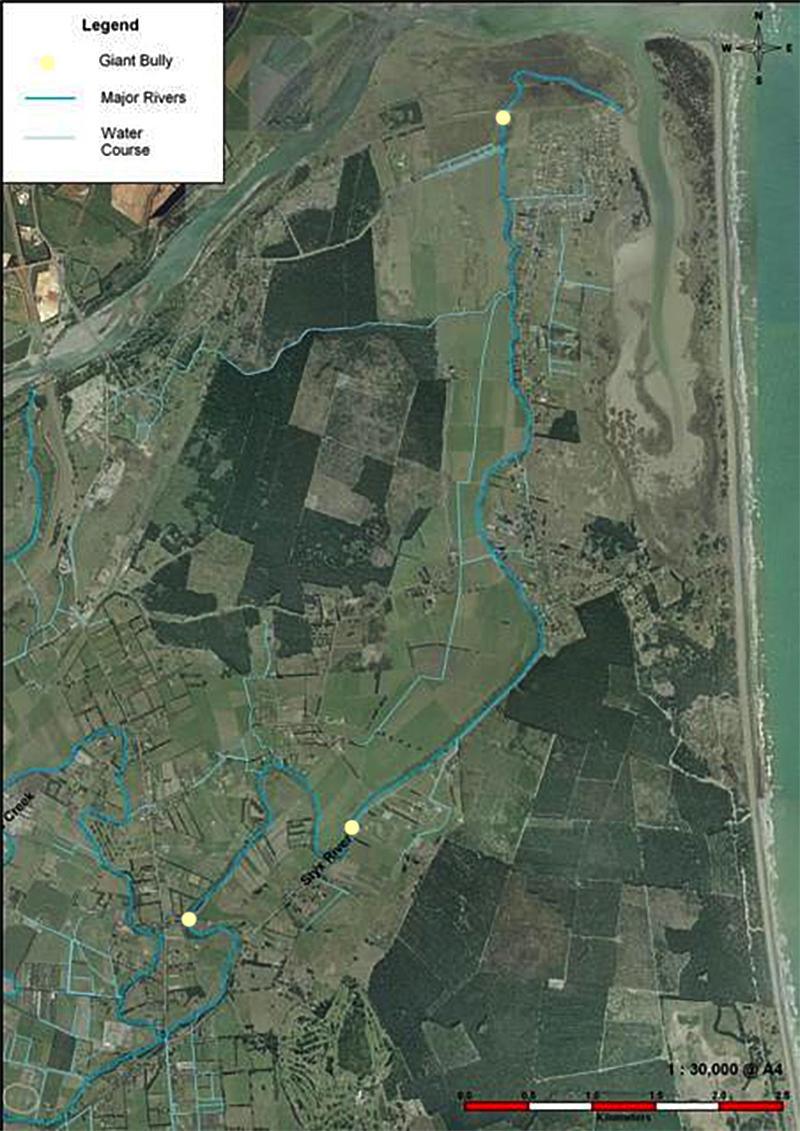 Little is known about the biology of the giant bully, which is the largest of the freshwater bully species. It is thought giant bully spawn in the lower reaches of rivers. The presence of gravid fish in the Waimakariri during late spring and summer spawning suggests that they spawn during this period (Eldon & Kelly 1985). After the giant bully eggs hatch,  it is thought that the larvae spend some time at sea (McDowall 1990).

The largest specimen recored from the Styx River is 202 mm long, and caught just above the tide gates. The largest specimen recorded nationwide was 228 mm long, and recorded from the Kakanui Estuary. These large bullies may live for up to 10 years with growth slowing in the larger fish to about 10 mm per year (Jellyman et al. 2000). Studies would indicate that they spawn only once a year during the summer months when they lay thousands of eggs.